The sun had just set and it was getting very dark outside when I noticed a green light flashing on the power lines.

I ran into the house and grabbed my camera then took several pictures. I called my daughter out and she saw it also. When she walked towards the light, it streaked downwards and was gone.

Examine the photos and read my comments below these 7 images.

These photos have been placed in sequential order from the first picture I took to the last picture. I have arranged them like this to show how this "orb" changed in shape and was actively drawing energy from the power lines.

This was a visible orb that was observed on power lines. When I refer to this luminous object as an "orb" I intend it to be considered as a visible orb. 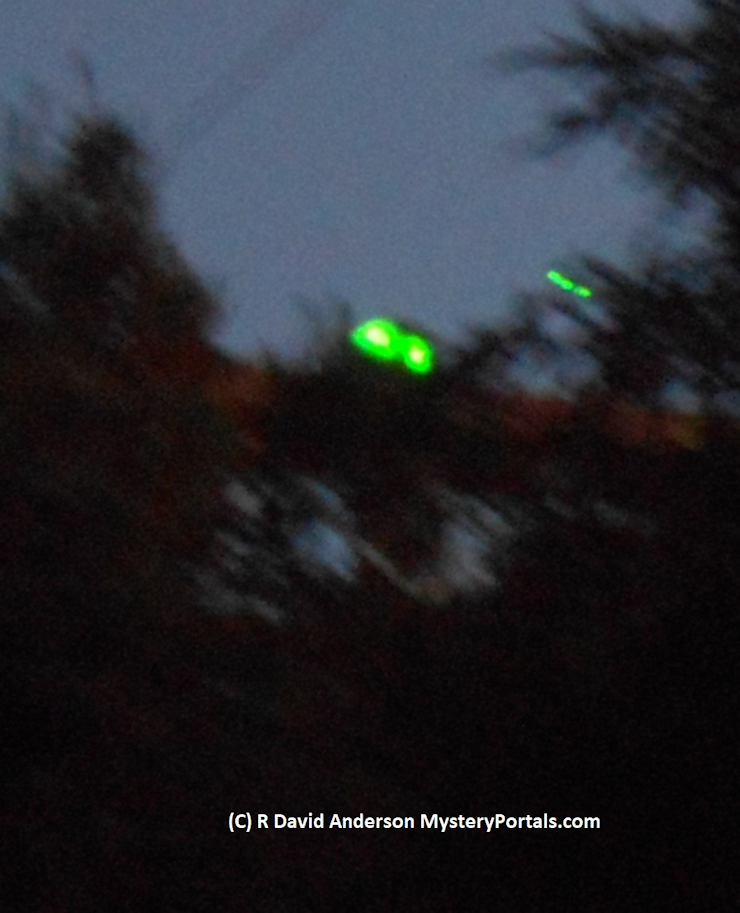 1 - Here in the first picture I took there appears to be two highly energetic "orbs" with plasma spikes? moving on the line. The centers of both of these "orbs" is white. 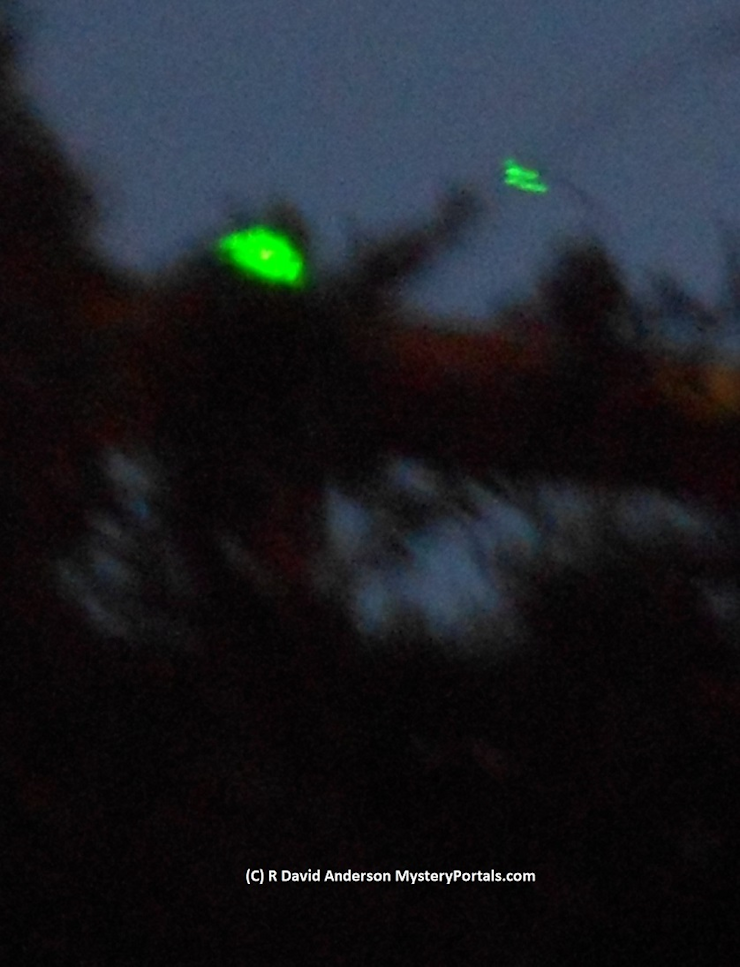 2 - In the second picture, the plasma spikes? are still energetic looking and now there is one "orb." 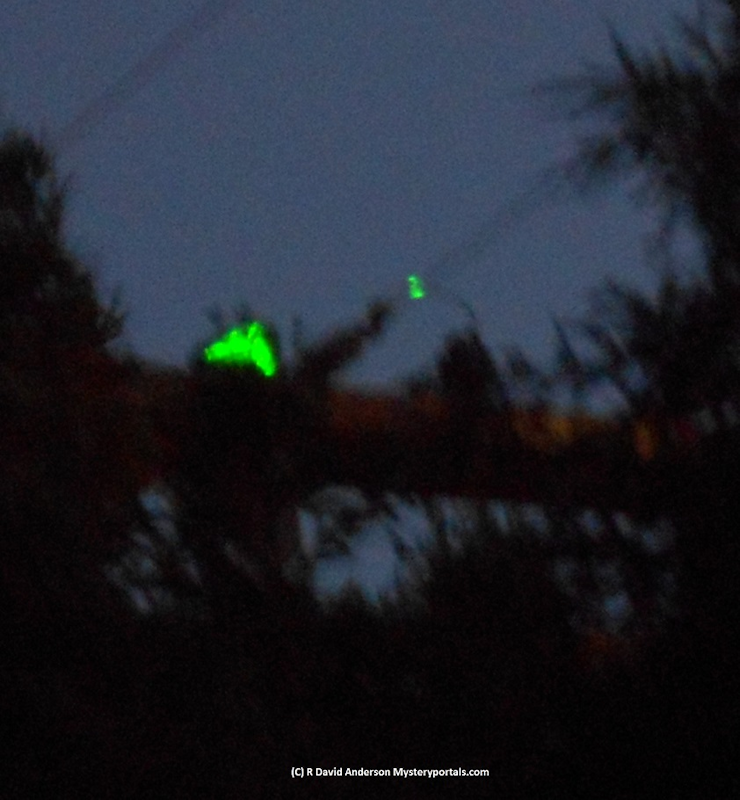 3 - The "orb" appears to be "winged" as it seems to continue to draw energy from the wires. 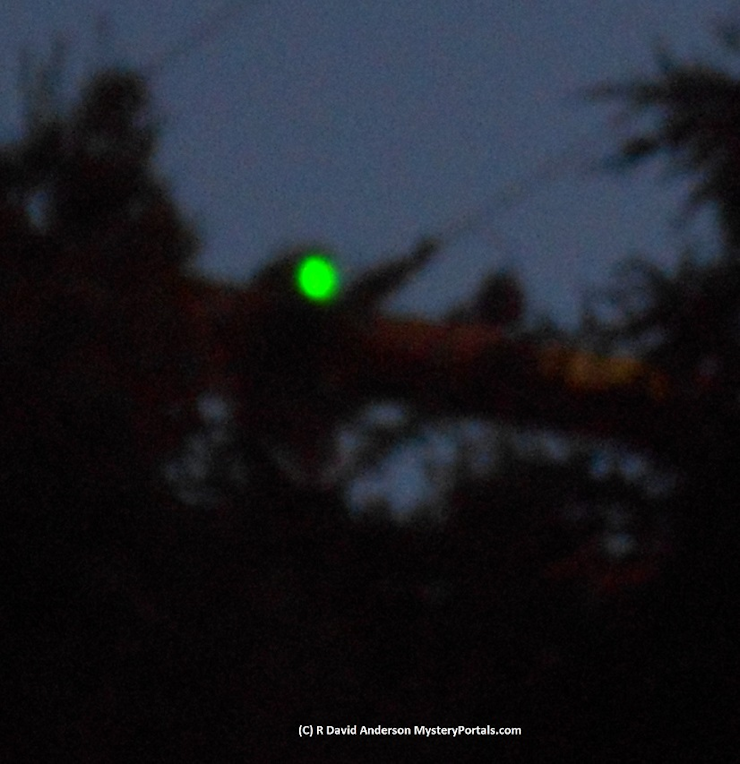 4 - Here the "orb" appears spherical and there are no "plasma spikes" on the wire. Also, no white in the center. Is this because it is not drawing energy now and is stabilized? 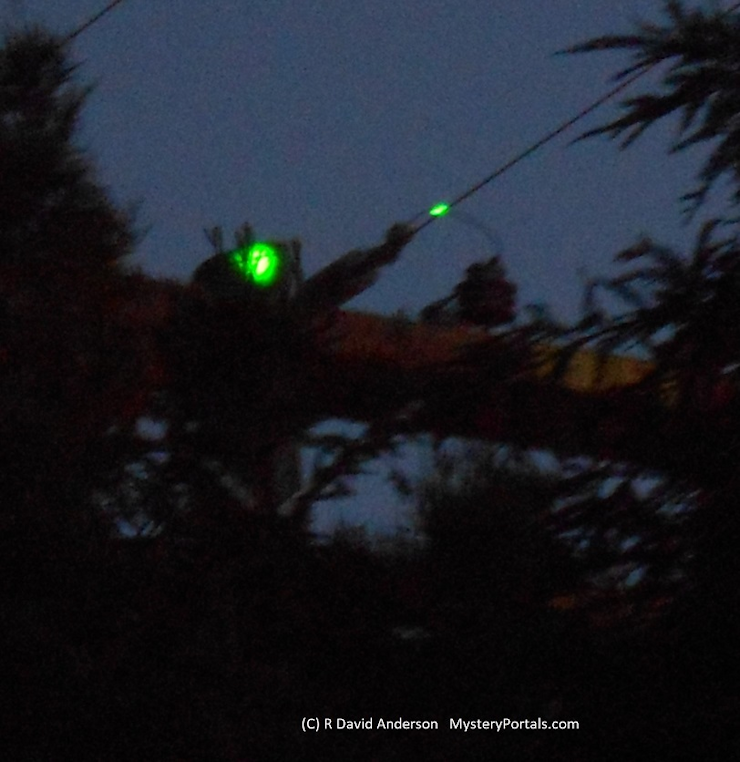 5 - The "orb" seems more energetic with white in the center and plasma? spikes appear to move along the wire towards the orb. 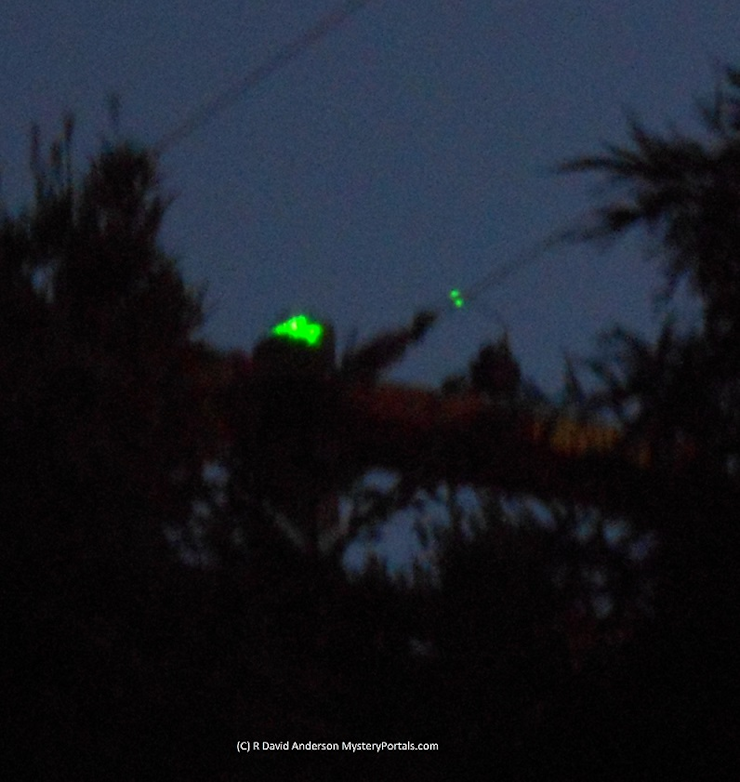 6 - The "orb" has almost a "winged" shape again as now two plasma? spikes move along the wire. 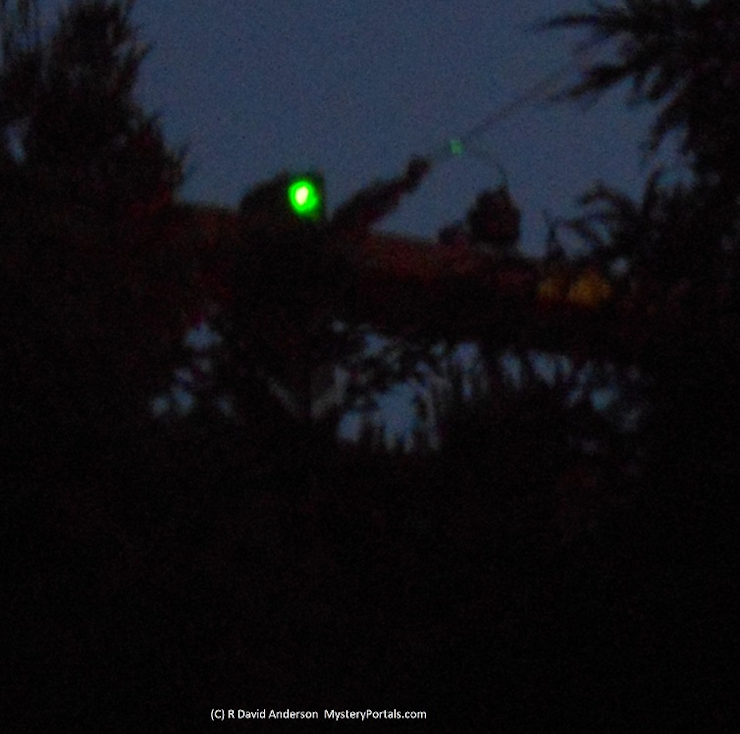 7 - This is the last picture I took. Notice how the orb is back to it's spherical shape and appears more energetic with a white center. The plasma spikes are fading.

On the night of August 1, 2020 I saw this "orb" as I was sitting outside on my backyard patio. It was brilliant green and seemed to flash, but that may have been tree limbs moving in front of it. I took several pictures of this "orb," then I called to my daughter and she came out of the house and also saw it.

It was visible and clearly seen by my daughter and me. It was not the type of orb that only shows up after the photo was taken, often debunked and attributed to dust or moisture in the air. It was up on the highest power line, seeming to draw energy from the wire, and visible with the unaided eye. (continued below photo) 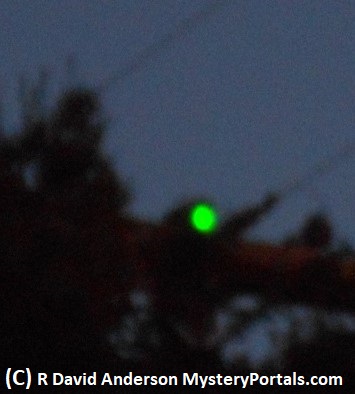 I have made some conclusions based on observations. I will focus on the fact that the orb seems to become stronger as it drew energy from the lines. This is demonstrated in these two photos ( continued below photo) 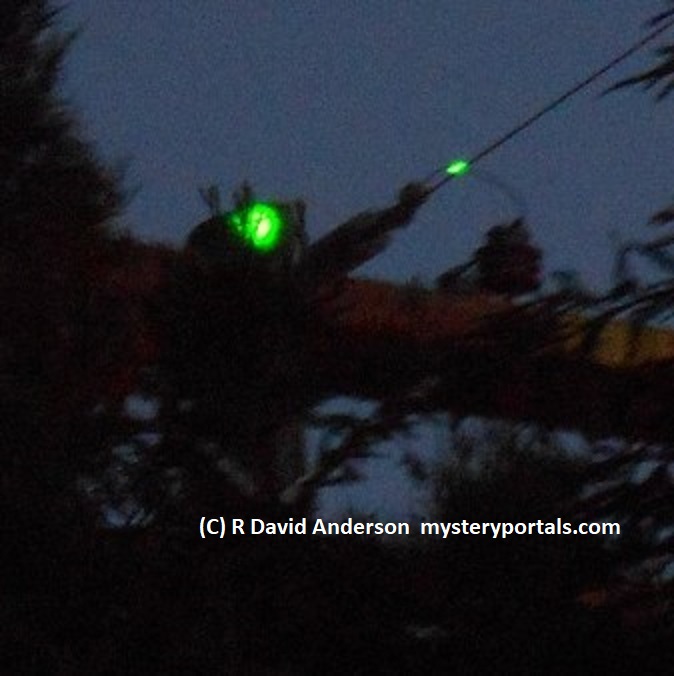 In the first photo the green orb is touching the wire. In the second photo, it is slightly above the power line, and a glowing green plasma spike seems to move along the wire towards the orb. Then the orb becomes brighter as there is a color change to white in its center, an indication of a surge of power.

I have concluded from these observations that the orb is indeed feeding off the energy of the power lines here.

This raises many questions about the origin of the orb. Where did it come from, what is it doing there, and what is its purpose? I am going to make a list of possibilities. This is conjecture only and only represents my best educated guess.

1. The orb is operated remotely from a UFO. This UFO is perhaps far away and the orb is like a highly sophisticated battery, storing energy in its "cells" and this energy will be used to power the UFO once the orb returns to the mother ship, charged with power.

2. The orb is from a parallel dimension. Powerful electrical transmission lines have opened up a portal where these orbs can come over to our side and feed off our power grid.

3. The orb is another life form that has evolved here on Earth. These life forms have always thrived on energy waves in the atmosphere and possibly beyond into the vastness of near space. They could even thrive within the Earth itself. Feeding off the power lines is like getting an easy snack.

4. The orb represents a highly evolved life form. It could be from another world or still of this world. It possesses abilities and an intellect which is well beyond our capabilities. 5. When it left, the orb became three long streaks of green, and went straight downwards towards the ground. If it originated from somewhere underground, does this indicate that there's a city or UFO base within the Earth?

I have ruled out the possibility that this orb is spirit energy. I find it highly unlikely that a departed spirit would need to feed on power lines. The power source of spirits seems to emanate from other sources grounded in infinity.

It is possible that there are orbs that encompass spirit energy. I am aware that orbs have been encountered in situations of ghost apparition. However, I think that these orbs which draw energy from power lines are not human in origin. They must belong to one of the categories which I stated above.

The questions remain. Are some orbs part of the infrastructure of UFO technology? Or are they from a parallel dimension? A highly advanced life form, or a electromagnetic jelly fish in the sky?

One thing is certain. Orbs will elude the study of science for many years to come.