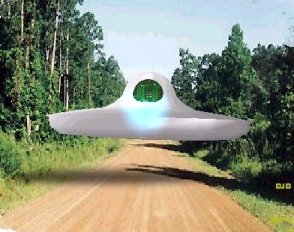 The Disappearance of Private Irwin

One of the strangest, most baffling cases in UFO folklore is the story of one Private First Class Gerry Irwin. On March 2, 1959, he awoke in Cedar City Hospital, and was completely unaware of how he got there. Irwin had been unconscious for twenty-three hours, and during that time was mumbling something about a "jacket on the bush."

As he regained consciousness, the first thing he said was "Were there any survivors?" The strange tale of Gerry Irwin came to my attention from the notes of James Lorenzen, who is the esteemed director of the APRO group. The facts will leave one puzzled, and if there was any type of investigation by the Armed Forces, those details remain hidden to this day.

Irwin's story began on February 28, 1959, as he was driving from Nampa, Idaho back to Fort Bliss, in El Paso, Texas, where he was a Nike missile technician. Returning from a leave of absence, he reached Cedar City, Utah, and turned southeast on Route 14 when he saw an unusual sight.

The landscape was brilliantly lit as he observed a glowing object, which crossed the sky from right to left in front of him. Startled, he left his car to get a better view, and watched the strange craft continue until it was blocked from his sight by a ridge.

His first thoughts were that a large airplane was making a forced landing. Wanting to render aid if possible, Irwin quickly wrote a note, left it on his car, and headed in the direction of the supposed crash. The note said, "HAVE GONE TO INVESTIGATE POSSIBLE PLANE CRASH. PLEASE CALL LAW ENFORCEMENT OFFICERS."

He attached the note to his steering wheel, and using shoe polish, wrote STOP on the side of his car.

About 30 minutes later, a Fish and Game Inspector stopped at the sight of Irwin's note. He immediately took the note to the Cedar City Sheriff's Office. Sheriff Otto Pfief quickly organized a search party, and headed for the sight. Approximately an hour later, Irwin was found unconscious in the area, with no sign of a plane crash.

Upon arriving at the hospital, he was examined by Dr. Broadbent, who found that although Irwin's temperature and respiration were normal, he could not be awakened. Broadbent's initial diagnosis was "hysteria." When the frightened Irwin did come to, he felt fine, but was still puzzled by the strange object he had seen. He also was at a loss as to where his jacket was, it not being on him when found by searchers.

Irwin was flown back to Ft. Bliss, and put under observation at William Beaumont Hospital for four days. He returned to duty afterward, though his security clearance was withdrawn. A couple of days later, while walking at the base, he fainted. He recovered almost immediately, however.

On March 15, he fainted again on an El Paso street, and was taken to Southwest General Hospital. His condition at this time was very similar to his state at Cedar City. Irwin awoke at 2:00 A.M. on Monday, and asked, "Were there any survivors?"

He thought that it was February 28 again, and was shocked to be told it was some two weeks later. He was again taken to William Beaumont Hospital, and placed under observation in the psychiatric ward. After a month's stay, he was released, and deemed "normal" by Captain Valentine.

The very next day, seemingly without provocation, the Private left the fort without leave, caught a bus in El Paso, and arrived in Cedar City on Sunday afternoon, April 19. Returning to the scene of his strange encounter, he headed straight to an area where he found his missing jacket.

There was a pencil in a buttonhole with a piece of paper tightly wrapped around it. He took the paper and burned it, and seemingly came out of his trance.

Irwin had trouble finding his way back to his car, and turned himself in to Sheriff Pfief, who refreshed his memory of his first incident. Jim and Coral Lorenzen, hearing of the strange case, contacted Irwin after he returned to Fort Bliss.

He underwent another psychiatric examination, with the same results as the first. His case was reviewed by the Inspector General, who ordered a more complete examination. On July 10, Irwin again entered Beaumont Hospital. After being released, he did not report for duty on August 1. A month later, he was listed as AWOL. He has never been seen again.