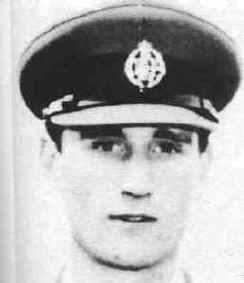 1978 - Boats and aircraft found no trace of the 20-year-old Australian pilot who disappeared with his plane on Saturday night after radioing that he was being chased by a UFO.

Frederick Valentich was on a 125 mile training flight in his single engine Cessna 182 along the coast of Bass Strait when he told air traffic controllers in Melbourne that he was being buzzed by a UFO with 4 bright lights about 1000 feet above him.

Controllers said his last message was taped and was: "It's approaching from due east towards me. It seems to be playing some sort of game... flying at a speed I can't estimate. It's not an aircraft. It's... It is flying past. It is a long shape. I cannot identify more than that. It's coming for me right now."

A minute later: "It seems to be stationary. I'm also orbiting and the thing is orbiting on top of me also. It has a green light and a sort of metallic light on the outside."

Valentich then radioed that his engine was running roughly.

His last words were: "It is not an aircraft."

The Australian Air Force said it had received 11 reports from people along the coast who said they saw UFOs on Saturday night, but the Transport Department was skeptical.

Ken Williams, a spokesman for the department, said, "It's funny all these people ringing up with UFO reports well after Valentich's disappearance. It seems people often decide after the event, they too had seen strange lights. But although we can't take them too seriously, we can never discourage such reports when investigating a plane's disappearance."

Some Transport Dept officials have speculated that Valentich became disoriented and saw his own lights reflected in the water, or lights from a nearby island, while flying upside down. 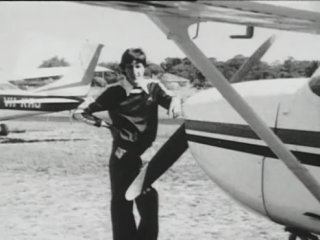 Valentich's father, Guio, said his son used to study UFOs "as a hobby using information he had received from the Air Force. He was not the kind of person who would make up stories. Everything had to be very correct and positive for him.

"The fact that they have found no trace of him really verifies the fact that UFOs could have been there."

Guio Valentich said he hoped his son hadn't crashed but had been taken by a UFO.

Editors Note: It is a total misconception that UFO reports were only made after Valentich's report. According to the Victorian UFO Research Society, based at Moorabbin, near the location from where the disappearance took place, there had been a UFO wave ongoing for at least six weeks before the date of Valentich's disappearance.

The transcript portion of the communication between Valentich and Melbourne Flight Service as released by the Australian Department of Transport follows: (FS - Flight Service, DSJ - Frederick Valentich aircraft designation.

1906:14 DSJ Melbourne, this is Delta Sierra Juliet. Is there any known traffic below five thousand?

DSJ Delta Sierra Juliet, I am, seems to be a large aircraft below five thousand.

DSJ Delta Sierra Juliet, I cannot affirm, it is four bright, it seems to me like landing lights.

1907:31 DSJ Melbourne, this is Delta Sierra Juliet, the aircraft has just passed over me at least a thousand feet above.

FS Delta Sierra Juliet, roger, and it is a large aircraft, confirmed?

DSJ Er-unknown, due to the speed it's travelling, is there any air force aircraft in the vicinity?

FS Delta Sierra Juliet, no known aircraft in the vicinity.

1908:18 DSJ Melbourne, it's approaching now from due east towards me.

1908:48 DSJ Delta Sierra Juliet, it seems to me that he's playing some sort of game, he's flying over me two, three times at speeds I could not identify.

1909 FS Delta Sierra Juliet, roger, what is your actual level?

DSJ My level is four and a half thousand, four five zero zero.

FS Delta Sierra Juliet, and you confirm you cannot identify the aircraft?

1909:27 DSJ Melbourne, Delta Sierra Juliet, it's not an aircraft it is (open microphone for two seconds).

1910:19 DSJ Delta Sierra Juliet, Melbourne, it seems like it's stationary. What I'm doing right now is orbiting and the thing is just orbiting on top of me also. It's got a green light and sort of metallic like, it's all shiny on the outside.

1911 DSJ Melbourne, would you know what kind of aircraft I've got? Is it a military aircraft?

FS Delta Sierra Juliet, is the aircraft still with you?

1911:50 DSJ Delta Sierra Juliet, the engine is rough-idling. I've got it set at twenty three twenty-four and the thing is coughing.

FS Delta Sierra Juliet, roger, what are your intentions?

DSJ My intentions are - ah - to go to King Island - ah - Melbourne. That strange aircraft is hovering on top of me again (open microphone for two seconds). It is hovering and it's not an aircraft.